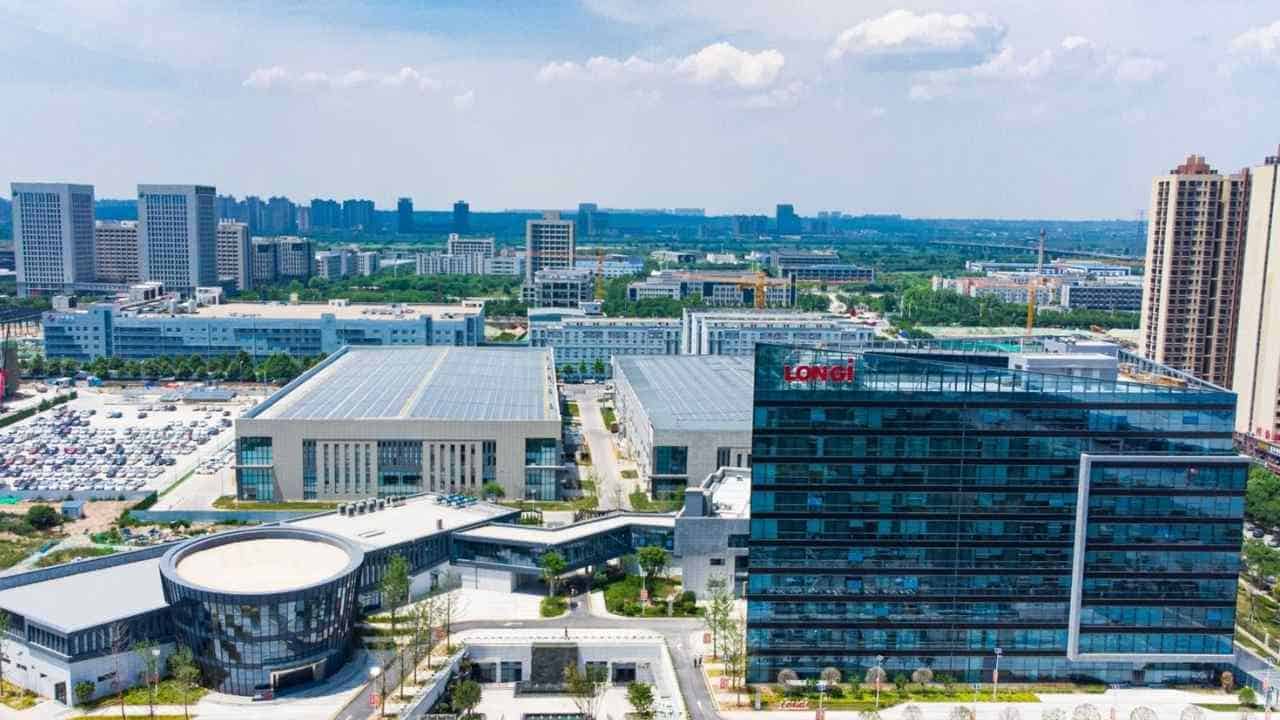 LONGi announced its financial results for the first half of 2021. Revenue rose to 35.098 billion yuan, an increase of 74.26% compared to the same period of last year. Net profit attributed to shareholders reached 4.993 billion yuan, up 21.30% over the prior-year period. The company maintained stable operations with a debt to assets ratio of 55.18%, a decrease of 4.20 percentage points compared to the end of 2020. As of the end of the reporting period, LONGi’s professional R&D team had grown to more than 1,000 and had, to date, obtained 1,196 patents. Investment in R&D increased to 1.614 billion yuan, accounting for 4.60% of the revenue during the reporting period.

Despite various challenges, LONGi shipped 38.36GW of monocrystalline silicon wafers during the period, including 18.76GW in exports, a year-on-year increase of 36.48%. Shipments of monocrystalline modules stood at 17.01GW, with exports reaching 16.60GW, an increase of 152.40%. The proportion of revenue from modules increased to 67%, as compared to 57% in the prior corresponding period.

The photovoltaic industry, characterized by high R&D investments and fast technology iterations, has high requirements for cost control and technological innovation. Since the launch of the first-generation Hi-MO module in 2016, LONGi has constantly updated the series, with the aim of driving steady growth in sales through leading technologies. Today, LONGi’s Hi-MO series of modules have been sold worldwide, creating value for its customers and lifting the company to the leading position worldwide in terms of module shipments.

LONGi has been successful in the development of potential PV technologies such as TOPCon and HJT. In early June 2021, the company announced that the R&D conversion efficiency of its N-type TOPCon and HJT cells had reached 25.21% and 25.26%, respectively, while that of the newly announced P-type TOPCon cells topped out at 25.19%, setting a new round of world records. Among them, the efficiency records of N-type TOPCon and HJT cells were included in the Solar Cell Efficiency Tables (Version 58) compiled by Martin Green, Scientia Professor at the University of New South Wales in Sydney, Australia.

LONGi’s growth was driven by its accurate strategic research and judgment, forward-looking industrial portfolio and continuous investment in R&D. In March 2021, LONGi formally entered the hydrogen energy sector. Leveraging its own prowess in R&D, the company established laboratories in cooperation with several leading universities to ensure its leadership in technology. This year, LONGi also entered into a strategic partnership with CENTER to jointly develop the BIPV business in large-scale public and industrial buildings, expanding the application scenarios of PV products and promoting the applications of BIPV at scale.

In 2021, LONGi continued the push ahead with its service optimization initiatives including the Brand Quality Year, strengthening its commitment to a 25-year product warranty. The company, together with several industry players, has proposed the standardization of M10 silicon wafers and modules and issued the 182 Module Products white paper. The company announced the LONGi Lifecycle Standard, an industry first, actively taking a leadership role in the development of an industry that is, first and foremost, standards-based and quality-focused.

This website uses cookies to improve your experience while you navigate through the website. Out of these, the cookies that are categorized as necessary are stored on your browser as they are essential for the working of basic functionalities of the website. We also use third-party cookies that help us analyze and understand how you use this website. These cookies will be stored in your browser only with your consent. You also have the option to opt-out of these cookies. But opting out of some of these cookies may affect your browsing experience.
Necessary Always Enabled
Necessary cookies are absolutely essential for the website to function properly. This category only includes cookies that ensures basic functionalities and security features of the website. These cookies do not store any personal information.
Non-necessary
Any cookies that may not be particularly necessary for the website to function and is used specifically to collect user personal data via analytics, ads, other embedded contents are termed as non-necessary cookies. It is mandatory to procure user consent prior to running these cookies on your website.
SAVE & ACCEPT
error: جميع الحقوق محفوظة لسولارابيك