In its latest biannual financial report, published in late August, the world leading solar technology company reported 17.01GW of mono-crystalline module shipments in the first half of 2021.

In an exclusive interview with Energy1, Dennis She, LONGi Solar’s Senior Vice President, was quick to dismiss a misunderstanding that LONGi had suddenly increased its sales volume merely to become number one in terms of shipments, explaining that the company had in fact simply been implementing a plan agreed well in advance with the goal of achieving a consistent increase in module sales. “From a management perspective, LONGi has achieved outstanding success across all regions, markets and business segments, becoming in the process the global leader, but, at the outset, the company didn’t care whether it was ultimately first or second for global sales.”

In terms of the overall development of the PV industry, the 182mm size modules promoted by LONGi, JA Solar and Jinko Solar will be released in large quantities during the second half of this year and LONGi foresees 182mm accounting for more than 50% of module shipments in existing domestic and overseas markets in 2021, reaching 70% next year.

Dennis explained that LONGi has now ceased production of 158mm size modules, but will continue to supply 166mm and 182mm size modules to the market next year. The company has always been clear in that the 166mm size module is not an obsolete product and large size does not always replace small size. The 166mm module has its own competitive edge, being able to provide solutions for power station owners under different sets of circumstances, such as in distributed and household scenarios.

In 2020, overseas and domestic markets accounted for 55% and 45% respectively of new LONGi module sales, the share in the first half of this year evolving to 60% and 40%. Vice President Dennis She discussed LONGi’s global market performance and the impact of the Covid 19 pandemic. In overseas markets, the growth of module sales in Europe, North America and Asia has been positive and a rebound in total installed capacity would indicate that the PV industry has now regained a significant degree of operational normality.

Since the end of 2019, LONGi has achieved large scale expansion in overseas markets, particularly during the first half of 2021, having made important strides in areas such as localization of marketing teams and brand building. It was in 2020 when the company’s module shipments first ranked number one globally, yet third overseas; however, by the end of the first six months of this year, LONGi ranked first in most overseas markets, with installed capacity in the Chinese domestic market at a more modest level.

LONGi has been launching solution-related services for many of its core customers, offering solutions for projects in periods of power station development, helping maximize revenue during the construction of the station. Additionally, a digital energy service platform with a complete set of service tools has been built and developed internally over a period of one and a half years, with this business now expanding on a large scale.

Essentially, these new services are based on LONGi’s in-depth understanding of the full life cycle of a photovoltaic power station, rather than merely on profits, with the development and construction of power stations focusing on modules, the main equipment, and structural innovation and design. Planning and design in the early stages are very important since subsequent maintenance of power stations is relatively straightforward.

Moving on to the topic of transportation, Dennis agreed that shipping time for a solar manufacturer is indeed considerably longer now than was previously the case, with it currently taking more than twice as long to get modules from where they are made to North America, for example and LONGi viewing shortage of logistic resources as potentially a new normal. It has been suggested by some that a possible solution could be for global manufacturers to hold higher inventories, but LONGi foresaw this problem early and last year entered into strategic cooperation with a number of shipping companies, such as COSCO, securing guarantees regarding the global delivery of LONGi products.

On the hot topic of module sizes, Dennis said the following: “LONGi would like to call on the industry to stop getting bigger and supporting false innovation because there are limits to the size of products, and size cannot be infinite in terms of specific changes in material and product performance. Otherwise, module risk will increase quickly.”

The advantage of being an industry leader lies in making good use of company resources, its innovative technologies and its marketing network. With regard to the photovoltaic industry, the distributed and ground power stations in both domestic and overseas markets will usher in a new evolution in response to progress towards carbon neutrality and a green environment. This is why LONGi is not only doing the “difficult but correct” things but also joining hands with partners of all types to bring value to more people during the comprehensive innovation of the social system.

Note: This article is an extract from an exclusive interview with Energy1 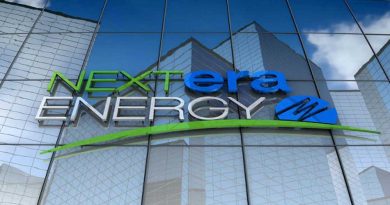